How Helpful was Aroldis Chapman?

It’s pretty common to hear “flags fly forever” when someone is defending a win-now trade. Even if your team gets worse in the future, if that trade puts you over the top for a world series win, it’s all worth it. With that in mind, let’s examine the Gleyber Torres/Aroldis Chapman trade – the Cubs gave up a ton of value for a half season of a reliever, but in return, they won the World Series for the first time in 108 years! Flags fly forever, baby! 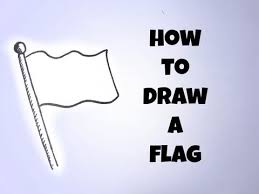 But, how much did Aroldis Chapman really contribute to the Cubs’ World Series victory? Now, we all know one reason a team acquires a rental is to solidify a second-half victory in the division – the Cubs didn’t really need that. Despite the struggles they had in June, the division was pretty clearly locked up all season long. However, having a shutdown reliever really matters in the playoffs; because it’s the end of the season, and because there are frequent rest days in between games and series, it’s easy to use your best reliever’s in almost every single game, which is where the ability to deploy your 105mph fastball-chucking hurler truly shines.

I decided to look at every single game in the playoffs, and see how having Aroldis Chapman impacted that game. Here are the results.

Game 1: It’s a tense pitcher’s duel between Jon Lester and Johnny Cueto – the only run is a solo shot off the bat of Javier Baez. Chapman comes in for the 9th and has a clean 1 inning save.

Game 2: The Cubs are up 5-2. Chapman comes in for the Save in the 9th, and successfully protects a 3 run lead.

Verdict: Meh, pretty much any reliever can protect a 3-run lead.

Game 3: The Cubs are ahead 3-2, but get into a jam in the 8th – with 2 on and nobody out, Chapman is brought in to keep the game from getting out of hand – instead, both inherited runners score and another run is plated, putting the Cubs down 5-3. A dramatic Kris Bryant homer ties it in the 9th, but they eventually lose in the 13th.

Verdict: Very hard situation to come into, but gave pretty much the worst possible outcome – Strikeout, hit, hit, walk, and then Justin Grimm is brought in to clean up after Chapman. Not only could the shutdown reliever not get out of a jam, he got into a 2nd jam that another pitcher had to wiggle out of. Failure.

Game 4: This was the game where the crazy 4-run 9th inning put the Cubs ahead, and Chapman was able to strike out the side to maintain the 6-5 lead.

Game 1: The score is 3-1 Cubs, after a strong Lester start. Mike Montgomery and Pedro Strop run into trouble in the 8th, and once again, Chapman is brought into clean up a jam – with the bases loaded and nobody outs, he gets 2 quick strikeouts, making a Houdini act seem possible, and then gives up a 2-run single, tying the game and blowing the save. A Miguel Montero grand slam saves the game for the Cubs, who go on to win.

Verdict: Tough ask of him, but that’s the point of a “shutdown” reliever – to save you when you need it most. Blew the chance.

Game 5: The Cubs are up 8-2 in the 9th, but Chapman is brought in – presumable to give him some work, because he hasn’t been needed the last 2 games. He proceeds to give up 2 runs – didn’t affect the outcome, but not good.

Game 6: Cubs are up 5-0 in the 8th, Chapman is brought in for final 5 outs of game and only gives up 1 baserunner.

Game 2: Cubs are ahead 5-1, and Chapman is brought in with 2 outs and 1 on in the 8th. He ends the game without allowing a run.

Verdict: Meh, 4 run lead with 1 baserunner and 2 outs isn’t exactly high leverage. Fine, but nothing another reliever couldn’t have done.

Game 3: Another game where the Cubs lose 1-0, and Chapman has a scoreless inning to keep them in the game, but ultimately a loss.

Verdict. Fine, kept them in the game but fruitlessly.

Game 5: With the Cubs facing elimination, they have a 3-2 lead in the 7th. With one on and one out, Chapman is brought in to end the inning and eventually the game. Holds on to the lead only allowing 2 baserunners and notching 4 strikeouts.

Verdict: EXTREMELY GOOD THIS IS THE WHOLE POINT OF A SHUTDOWN RELIEVER

Game 7: You know what he did. With the Cubs looking like they were about to make history, he decided to make things interesting by giving up 3 runs (all with 2 outs) in the 8th, tying the game and sending it into extras.

Overall WS Performance: 5 games where Chapman either wasn’t necessary, or wasn’t used at all. One complete shutdown gold star season-saving performance, and one bed-shitting.

He had 2 1-run, 1-inning saves in the NLDS, which is great, but not necessarily something you can’t get from other relievers.Once in the NLDS and once in the NLCS he blew crucial innings – with runners already on and the score close, the highest leverage moments, he couldn’t get the necessary outs. In the World Series, he had one long outing that preserved a 1 run lead for 2.2 innings – exactly what the Cubs needed to prevent elimination. He also completely fucked everything up in game 7.

You can make the argument that without that brilliant game 5 save, the Cubs lose the World Series right there and we never have this conversation – but the way I look at it, he wasn’t anything special. In the 6 big moments, he had 2 good outings, 2 bad outings, 1 Shining Amazing Happy Fun Time outing,  and one “oh my god the Cubs really truly are cursed I can never be happy” outing. In my personal accounting, that’s not a shutdown reliever – that’s just a regular reliever who did fine.

Now, obviously it’s only possible to know all of this in hindsight. I would just like to present it as a counterargument to the oft-repeated claim that “the Torres/Chapman trade was worth it because Chapman helped the Cubs win the World Series, and flags fly forever!” because, when you actually look at how he performed in moments that mattered, Chapman didn’t do jack shit to help the Cubs win, they won despite him.